Back to all posts

‘The Eighth Wonder’, and music and The White House

Greetings for the new week, and welcome to my  occasional blog.  If you are new to this blog, as I build my email database or respond to enquiries to join up, welcome.

I talked a little while ago (in my blog dated 19 September 2016) about music in unusual places.  In that blog I did express some reservations about Opera Australia’s upcoming new presentation of ‘The Eighth Wonder’, the opera by Australian composer Alan John, who also co-wrote the libretto with Dennis Watkins.  First performed in 1995 in the Opera Theatre at the Sydney Opera House, I wasn’t feeling all that enthusiastic about its new presentation being held outdoors, on the steps of the Sydney Opera House.   I suppose I wondered what the point was, and also observed that perhaps I  was simply not being open to the new, to the inventive.   Well, I think it was the latter, as I had the opportunity to see this remarkable opera again last week, and I loved the new production.  It was a magical evening.

There was something a little surreal about looking at the sails of the Opera House while watching and listening to the story of its birth, and the pain and suffering caused to its creator through ignorance, stupidity, and politics.  While the Sydney Opera House is now an international land-mark, we are still paying the cost of having denied architect Jørn Utzon the opportunity to realise his dream and vision.

But what bowled me over completely was being able to hear the music again (having not heard it since 1995) – the breadth and drama and majesty of the music.  Alan John has created such a score that drives and supports the drama of the story in a moving, humorous, and empathic way.  Its texture, orchestration, musical narrative, creative instinct, I find remarkable.  I felt both honoured and humbled to hear this opera again.  I remain in awe of this wonderful Australian composer’s genius and talent.  There is such talent in music in this country – and I have the privilege of knowing a few of these great composers – but sadly there is often not enough acknowledgement and valuing of their great gifts.  I honour them, and in this instance, acknowledge the great gift that Alan John created for us through 'The Eighth Wonder'.

On other matters, and in what we might also regard to be an unusual place for great music, I came across an interesting article courtesy of Music World News about music and the White House, specifically, about a Steinway piano, built in a factory in Queens, that was donated to the White House in 1903 when Theodore Roosevelt was President, to mark Steinway’s 50th anniversary.  Named the ‘gold’ Steinway because it was gilded with gold leaf and decorated with the coats of arms of the 13 original states, this concert grand piano was installed in the East Room, and according to this article, musical life in the White House was all the richer for it.  To read this article, click here.

It makes me wonder whether the two current USA presidential candidates, or in fact our Australian leaders, would think to receive and value such a gift these days.

I had the great fortune to visit the Steinway factory in New York a couple of years ago, courtesy of my friend Tony Fogg of the Boston Symphony Orchestra.  A truly wonderful experience.  Some photographic evidence at the end of this blog.

As always, for more details go to http://www.petawilliams.com.au/music_cd_baby/ .

PS Scroll down to the bottom of this web page to play the featured music. 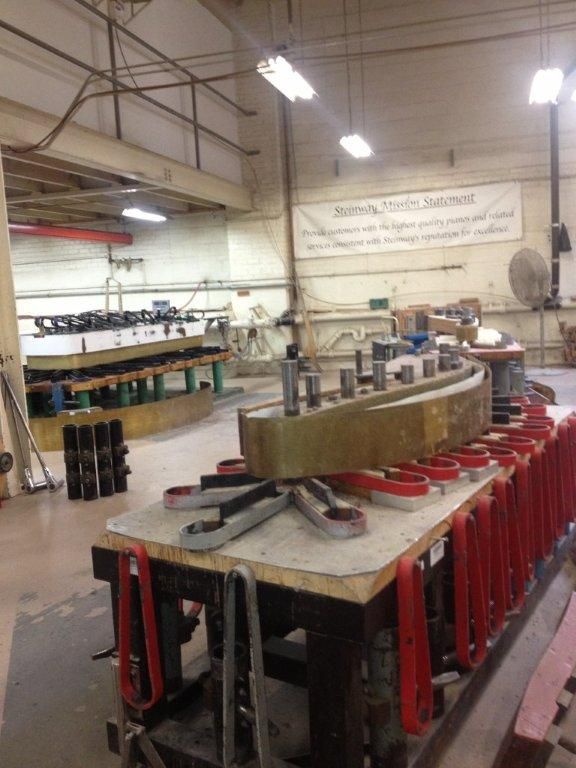 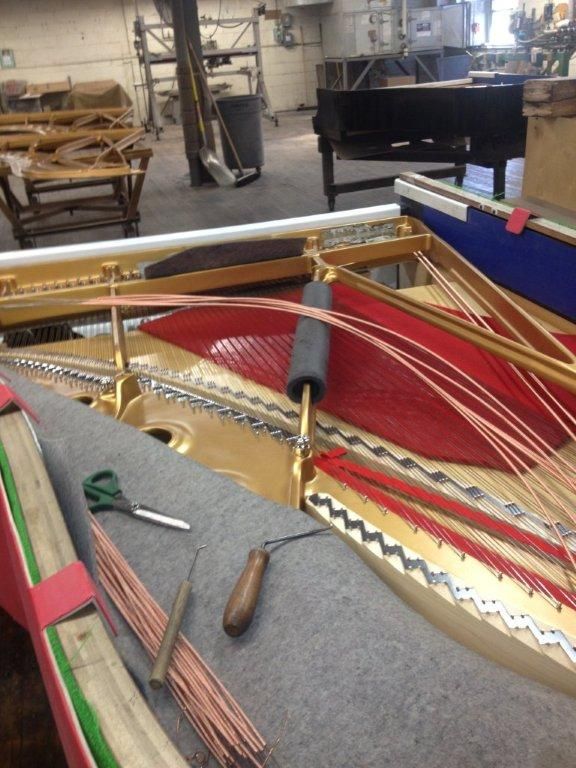